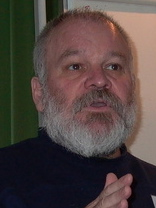 James Douglas McNaught has been rock climbing by the Southern Ocean and rodeo riding in the Great North of Australia. He has kayaked in the Southern Alps going down some of the fastest and most treacherous rivers in Australia. Not only has he ridden in rodeos he has chased wild horses all day on horseback and come back to do it again.

In company with others he has rounded up brumbies (broncos) so that they could be broken for stock horses. He played first grade hockey and coached sporting teams to six championships in three different sports. As a child James lived in India and spent many years in the mountains of South India as well as on the Malabar Coast. As an adult James lived in the far North West of Queensland and has experienced all the hardships and joys that he writes about. Not only has he had an exciting outdoors life; James has worked as a Systems Engineer for Hewlett Packard and edited a national magazine in Australia for five years. He has pursued new experiences all his life and lived with a passion for the exciting and novel. James brings this passion and excitement to his writing. At times you can feel the adrenaline of his experiences churning inside as you read his books. James is called Doug by his family and friends. He has a PhD in Biblical Studies and is the former Principal of Emmaus Bible College. As a former editor of Tidings magazine Doug has a well established career as a writer of Christian books and magazine articles. In order to distinguish his two careers he uses the name James for fiction. His first love is for telling stories and this is why he chooses to write fiction; just for the love of telling the story. Doug was awarded a merit certificate by the Writer's Digest for outstanding accomplishment in 1994 for his book Other Days, Other Ways. As you read his novels you will enjoy the stories that he so loves to tell.