See below for the following novels by James McNaught. Each of these novels can be purchased through www.lulu.com 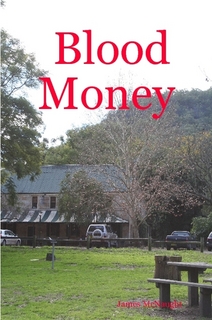 Estelle Abernathy goes to work in Azzizzistan so that she can establish herself and her husband in a home and a racing team. She is a qualified nurse and is employed in the hospital there. When she arrives she is soon caught up in a net of intrigue between one of the senior nurses and the soldier in charge of the guards. They are dealing in contraband and kill one of the nurses after a vicious argument. The soldier ensures that Estelle and her friend Bethany are charged and then convicted of the murder. They are sentenced to death and their only hope for release lies with the father of the murdered nurse. Will he accept the Blood Money so that the two innocent nurses can come home again or will he refuse?

Will Estelle and Bethany ever see their families again or will they be executed for a crime they did not commit? 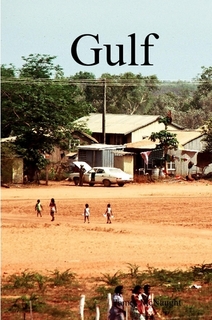 Bluey is a happy go luck but very selfish man. He is the mailman on one of the longest mails runs in the world; this mail run is over eight hundred miles long, starting at Leichhardt, a small town in the Gulf of Carpentaria. This mailman makes some extra money selling household good and clothing to lonely housewives living in isolated places. Sometimes Bluey does more than sell these women goods, he steals some pleasure from them as well. Bluey also makes some extra, tax free money selling watered down flagons of wine to the Aborigines living on the mission. Their leaders know that alcohol can be a destructive evil and have banned alcohol from the mission.

Ray comes up to Leichhardt with his own agenda as well. He is a political activist and wants to use the mission people for his own ends.

This territory belongs to Ernie, the local police sergeant. He rules his domain with an iron hand. The people in Leichhardt respect Ernie because he knows how to keep the "original inhabitants" in their place. The sergeant doesn't mind taking a bit of pleasure from some of the women along the way. After all, he is Lord of the north.

Each of these men has his own goals but they cannot all be satisfied. What happens as they blunder into each other while pursuing their own goals with single minded devotion? What kind of cataclysm is waiting in the fearsome heat of the pre-monsoon storm season?

But what about the Aborigines; will anyone help them or will their souls continue to bleed while everyone else uses them and takes what they can? Does anyone really care? 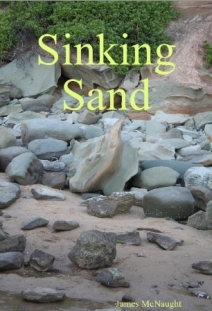 Andrea Bourne is the world's greatest Anthropologist. She is also a member of the council of the International Committee of the Movement and she is the power behind the power brokers in the True Believers' Party. It is hard work keeping all these functions going but Andrea is very successful. She manages to control the True Believers and for the benefit of the Movement. As well as doing these things, Andrea manages a highly successful and decorated career as an Academic and the writer of highly popular books. In every case she is completely confident of her facts and knows that she is making the world a better place.

But, is this really true? Her mother and her brother are not as convinced as she is that this brave new world she seeks to build is better than the one that she has rejected. In fact it may be a much worse place. Andrea doesn't really care, as long as she is the centre of attention.