A Man Under Authority 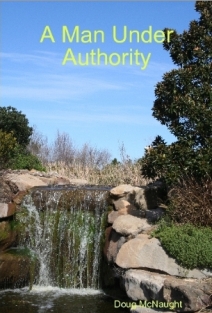 We are taught today that the Church lives under grace while the Old Testament people lived under the Law. This means that Christians can do whatever they want, after all, God loves us, doesn't He? What should be the Christian's approach to living the life that God us called us to live. The fundamental concept in Christianity is "If anyone would come after me, he must deny himself, take us his cross and follow me" (Luke 9: 23). Is this concept compatible with modern day Christianity? A Man Under Authority examines this question and comes up with some surprising answers. It is good for Christians to live disciplined lives of self denial rather than unrestricted lives where they are abandoned to self gratification.

This book is well worth reading for young and old alike so that each person can re-examine the personal commitment to Christ in the light of His Divine authority.

Better Than All The Rest 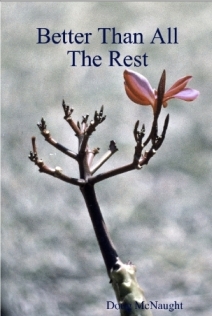 The Bible introduces some important concepts into our language. One of the most important is that of the redemption. When God gave Israel the Law he told them that relatives were required to look after each other. When a person got into trouble their family was required to help them recover from their problems. Sometimes the only person who could help was God and he was their redeemer.

In the New Testament we find that Christ has come to be the Redeemer. He is the perfect example of the perfect Redeemer.

Better than all the Rest celebrates the fact that Christ is the prefect Redeemer, who is better than any other redeemer in human history.

Other Days, Other Ways 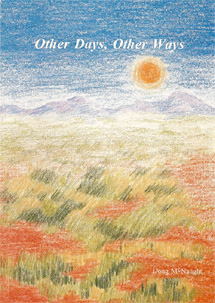 Len and Dorothy Akehurst are true examples of being living sacrifices for the Lord. They didn't just volunteer at a soup kitchen twice a week and tithe into the offering plates every Sunday. They did more than just send mere pennies a day to help a starving child in a third world country.

They gave their lives.

Not only did they bring the message of the Lord to a people starving for spiritual truths but they also brought basic human needs. Dorothy found herself many a time functioning in a medical capacity, treating the ailing local people.

The Akehursts serve as a spiritual challenge for us cozy and supremely blessed Americans who thing going to church is doing our duty to God.

This book is available by mail order only. To purchase send $A 25.00 to 46 Barnetts Rd, Winston Hills, NSW 2153, Australia, along with your return address and the text of any inscription you would like put inside.

Reclaiming the Bibles from the "Enlightened" 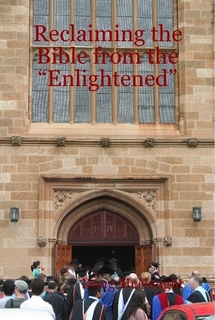 The most important evidence a person can have in a court case is an eyewitness. It is very hard to defend a case when the other side has one eyewitness but what about when they have three eyewitnesses. The only way to defend against that sort of case is by having the evidence excluded from the case of by discrediting the witness.

The Bible is full of eyewitness of accounts but many people don't like to accept what is in the Bible. The big issue with the Bible concerns the resurrection of the Lord Jesus Christ. There are two classes of people: those who believe in the resurrection and those who don't.

If the Bible is true and the resurrection really did take place then these facts should make a difference to our lives. While many experts say that Christ was a good man and gave a good example, the Bible encourages us to deny ourselves take up our crosses and follow the risen, glorified, returning Christ and make sure that we are not ashamed when he returns. We don't follow him to impress him but because we are grateful for all the good things that he has done for us. 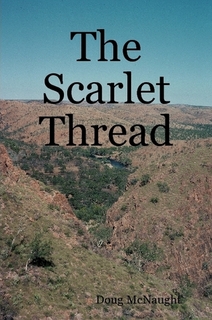 Would you trust a person who lied to you when you first met them? It is unlikely that any relationship based on lies wold prosper. The same is true of our relationship with God. He first introduces himself to us in Genesis One, if He is lying there then can we ever trust him again? The Scarlet Thread shows that God can be trusted when He first introduces himself and can be trusted for all eternity.